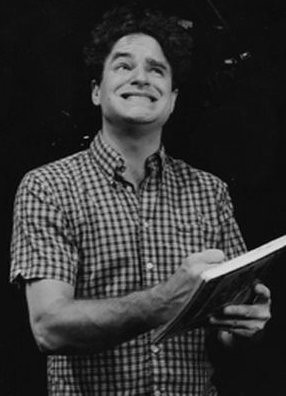 UPDATE 2: To accommodate more people, the class will be held at Salvage Vanguard Theater at 2803 Manor Road.

UPDATE: To reserve a spot in the class, send an email to ColdTowneBesser@gmail.com with “Workshop Registration” in the subject line. Priority admission will be given to people who see the movie and register in advance. Thanks!

UCB founder and improv legend Matt Besser is coming to ColdTowne! The Upright Citizens Brigade’s latest film Freak Dance, directed by Besser and starring fellow UCB founders Amy Poehler, Matt Walsh, Ian Roberts and Horatio Sanz, is screening at the Austin Film Festival, and Besser will be teaching a class at ColdTowne, FREE for anyone that attends Freak Dance’s first screening on Friday, October 21 at 10PM.

On Saturday, October 22 at noon, Besser will teach a 3 hour class featuring a discussion about the most misunderstood and debated concepts in teaching and learning improv. Not everyone will get on stage, but some audience members will be asked to get up to try different openings, exercises, etc. Admission to the lecture is free for anyone with proof that they attended the Friday screening of Freak Dance, and $25 for everyone else, space permitting. This is a great opportunity to learn about the UCB style of improv from one of the guys that invented it for FREE.

Freak Dance, is slotted to play October 21, 10:00PM at the Austin Convention Center Screen 1, and October 23, 6:30PM at the Alamo Drafthouse Ritz. More information on the festival and the film can be found at:

Here’s what the Austin Film Festival guide has to say about the movie: “Make no mistake, FREAK DANCE is a straight-up musical—a brilliant, musical comedy with dance numbers that rival the very films they are parodying. Adapted by Upright Citizens Brigade co-founder, Matt Besser, from the stage show that ran for more than a year at the UCB Theatre, the comedy skips cheap reference humor and goes right for absurdity. FREAK DANCE tells the story of Cocolonia, a spoiled rich girl who just wants to dance, so she sets out to join the ranks of some local street dancers. Little does she know that this will ultimately involve her in an epic battle of good and evil between two warring dance troupes. Besser and Neil Mahoney have created a sure to be cult classic featuring a cast of new comedic actors and fellow UCB Theatre founders Amy Poehler, Matt Walsh, Ian Roberts and Horatio Sanz.”